Yesterday at 9:35 pm by Hieronymus

Yesterday at 9:24 pm by Hieronymus

Yesterday at 9:16 pm by Hieronymus

» Mental health is a killer

Yesterday at 6:25 pm by trouble_n_stripes

Former England international footballer Ivor Broadis has died aged 96.
He won 14 caps for his country and scored twice in three appearances in the 1954 World Cup.
During his club career he played as an inside-forward for Carlisle United, Sunderland, Newcastle United, Manchester City and Queen of the South.
In a Twitter tribute, Carlisle described him as "a true gentleman, a fantastic athlete and sportsman, and a top quality journalist".
Posted to RAF Crosby-on-Eden after World War Two, Broadis signed for Carlisle in 1946.
Although he was only 23 years old, he was was offered the player-manager job and remains the youngest man to have held such a position in the English Football League.
Broadis worked as a football reporter in the city following his retirement and was England's oldest surviving international footballer. 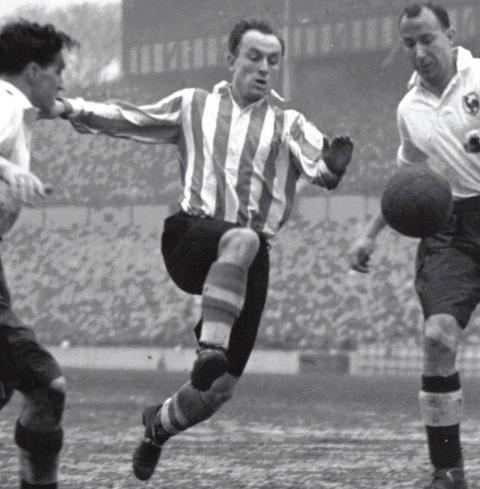 Although that amount doesn't sound much now it was a lot of money in 1949.